International Day Against Drug Abuse and Illicit Trafficking is celebrated on 26 June every year to spread awareness about drug abuse & illegal drug trade. 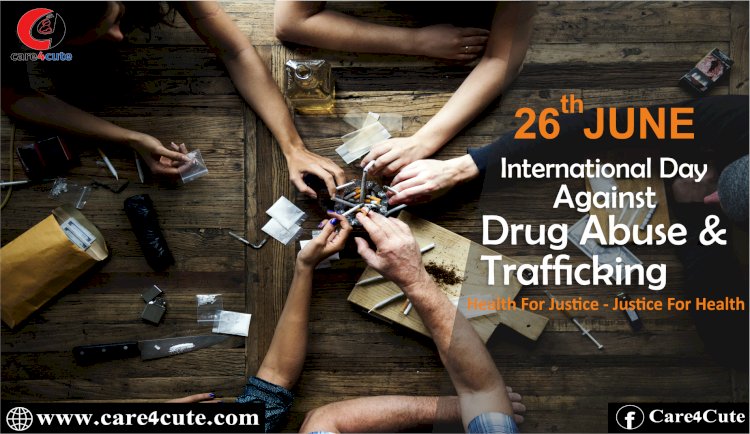 The United Nations’ (UN) International Day Against Drug Abuse and Illicit Trafficking falls on June 26 each year to raise awareness of the major problem that illicit drugs represent to society. It was in the year 1987 that the General Assembly decided to celebrate this day to increase the awareness about how major a problem drug abuse is. This day is supported by individuals, communities and various organizations all over the world aimed at strengthening action and spreading awareness about drug abuse and illegal drug trade in the world. It is an expression of determination towards the goal of achieving an international drug-free society.

The theme for the 2019 International Day Against Drug Abuse and Illicit Trafficking “Health for Justice. Justice for Health” emphasizes the integrated nature of the rights- and health-based approaches, which are both highlighted in this Ministerial Declaration.

What Do People Do?

The UN Office on Drugs and Crime (UNODC) has, over the years, been actively involved in launching campaigns to mobilize support for drug control. The UNODC often teams up with other organizations and encourages people in society to actively take part in these campaigns.

Governments, organizations and individuals in many countries, including Vietnam, Borneo and Thailand, have actively participated in promotional events and larger scale activities, such as public rallies and mass media involvement, to promote the awareness of dangers associated with illicit drugs.

The International Day Against Drug Abuse and Illicit Trafficking is a global observance and not a public holiday.

International Day against Drug Abuse and Illicit Trafficking will be celebrated on 26th June, 2019 on Wednesday.

Drug abuse or drug addiction is a psychiatric, social and psychological problem that not only affects the youth of the entire world but affects a large area of people of different age. It ruins the individuals and the society in manifolds- socially, physically, culturally, emotionally and economically.

Drug trafficking is an international illegal trade that involves the production, cultivation, dissemination and sale of substance which prohibited according to the basic laws. The United Nations Office on Drugs and Crime (UNODC) is effectively monitoring and researching illegal international drug markets in order to attain a more comprehensive study of this menace.

What is the Ideal Age for Wearing Dental Braces?

kangaroo care is a method of Skin-to-skin contact with mother or father —has dramatic...

Dementia Awareness Month is held during September each year with World Alzheimer's...