The National Sports Day is celebrated throughout India on 29 August, every year. This day marks the birthday of Dhyan Chand, a legendary hockey player. 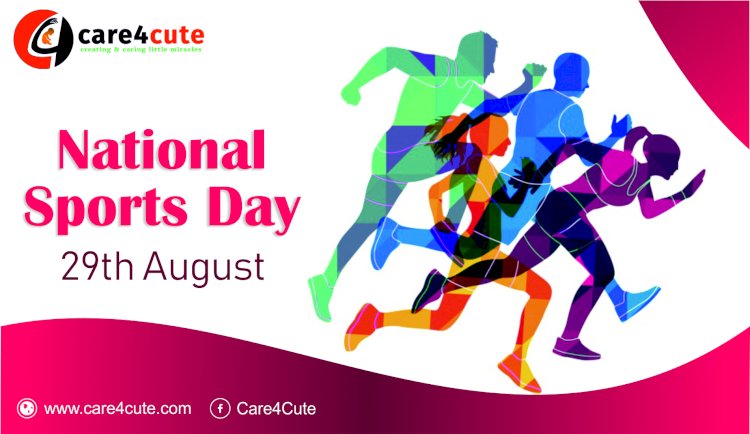 The National Sports Day (Rashtriya Khel Devas) is commemorated throughout India on 29 August, every year. Basically, this day marks, which is celebrated the birthday of Dhyan Chand, a legendary hockey player who brought glory to the nation by winning three Olympic gold medals. This day highlights the need for sports and development of children in aspects beyond the classroom.

The greatest hockey player of India, 'Major Dhyanchand Singh', worldwide known as 'Hockey Wizard', was born on 29 August 1905 in the Prayagraj formerly Allahabad. The government of India had decided to commemorate the birthday of Dhyan Chand as the National sports day in India to pay tribute and respect to this legendary hockey player of India.

About Major Dhyan Chand
• Major Dhyan Chand is a legendary Indian hockey player who is remembered as a great magician of Indian hockey. He was the key member of Indian hockey team which brought three Olympic gold medals in the field of Hockey - in 1928 (Amsterdam), 1932 (Los Angeles) and 1936 (Berlin), respectively.
• Major Dhyan Chand was honored with Padma Bhushan by the Government of India in 1956 for his outstanding contribution to Indian Hockey sport.
• Major Dhyan Chand’s birthday that is 29 August is celebrated as National Sports Day in India. Foremost sports awards that include Rajiv Gandhi Khel Ratna award, Arjuna award, Dronacharya awards are presented on this occasion to the sportsperson who has shown incredible commitment towards the game and made our nation proud in the whole world.
• Major Dhyan Chand has scored more than 400 goals during his international career, which ended in 1948.

According to recent research, 61% of Indian school-going children lack the skills needed to engage in sports. These skills include locomotors skills which are developed by running and hopping, manipulative skills which are developed by throwing and catching, spatial awareness and coordination skills. Only by continuous practice can the aptitude in a sports increase, which will, in turn, develop the skills.

Sports/playtime is a significant aspect of a child’s life.  Children need to be encouraged to play as much as possible, rather than spending time with smart devices.

With numerous schools making ‘play-time’ mandatory for children, it is important to understand the role of sports in today’s world and why it is necessary for children to go beyond the textbooks.

Many schools across the nation celebrate their Annual sports day on 29th along with the National Sports Day on 29th August. This is done with the aim of instilling a sense of love and respects towards sports in the minds of young children as well as educate them about one of the most significant sports personalities of India.

On the national level, a grand function is organized at the Rashtrapati Bhavan, with the President giving away the National Sports Awards, to players who have made the country proud with their great sporting skills. The Awards handed out include the Arjuna Award, Rajiv Gandhi Khel Ratna Award, and the Dhronacharya Award. The Dyan Chand Award, which is the nation’s highest award for sporting excellence and which was first given in 2002, is also given away on this day.

Now that you’re 16 weeks pregnant, things are really starting to gear up. Your tiny...

6 Reasons Why You Get Cramps, but No Period

Many women experience period cramps, but there are other causes for cramps that...

While bacteria get a bad reputation, many can promote good health. Probiotics are...

This is the last stretch of your pregnancy. Your baby is fully developed now and...

How to Make CDC approved mask at home

The theme for World Rabies Day 2019 is “Rabies: Vaccinate to Eliminate'“– you can...

Congratulations on reaching the week 10 of your pregnancy. You have passed a quarter...