Here are the full details about Childhood Diabetes - what exactly it is, its Causes, Risk Factors, Symptoms and other important information you should know while handling it. 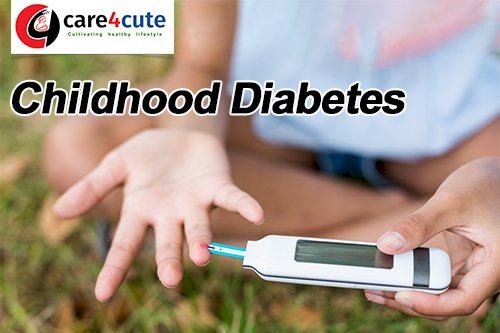 Diabetes has been more commonly treated over the last two decades. The spreading rates of impaired fasting glucose are also rising. Type 2 diabetes is increasing in prevalence more speedily than type 1 diabetes due to rising obesity and inactive lifestyle of children. Significant geographic variation is being noticed in the cases of diabetes mellitus. Scandinavia has the highest number of incidences, with Finland having the incidence of 35/100000/year. China and Japan have a much lower incidence of 1-3/10000/year. Indian data suggest an incidence of 10.5/100000/year. By 2030, India would reach 79 million diabetics, the highest for any country in the world. The variability I  the incidence in type1 diabetes is uncommon in infants. The incidence of diabetes mellitus increases in children with growing age all the way to adolescence, with peak at 5 and 12 yr of age. Seasonal variation has been noted with a higher incidence in spring and fall.

India, home to the largest population of children, also bears the heaviest burden of childhood morbidity in the world. India is known as one of the global diabetes epicenters of the global diabetes epidemic. The vast number of adults living with diabetes in the country means that most attention is focused on them, and on type 2 diabetes. Children with type 1 diabetes continue to fight for their rightful place under the sun. Most epidemiological studies and reviews of diabetes in India or South Asia focus on adults, while neglecting the significant burden of childhood diabetes. This review delves in to various facets of the epidemiology of pediatric diabetes in India.

Diabetes is a medical situation that is caused due to scanty production and secretion of insulin from the pancreas in case of Type-I diabetes and defective response of insulin for Type-2 diabetes. Under normal body conditions, insulin, a hormone produced by the pancreas, controls glucose levels in blood. Insulin lowers the blood glucose level.

When the blood glucose rises (for example, after eating food), insulin is released from the pancreas to normalize the glucose level. However, the absence or inadequate production of insulin in patients suffering with diabetes causes hyperglycemia.

The exact cause of type 1 diabetes is uncertain. But in most cases of type 1 diabetes, the body's immune system — which normally fights harmful bacteria and viruses — mistakenly destroys insulin-producing (islet) cells in the pancreas. Genetics and environmental factors seem to play a crucial role in this process.

Once the islet cells of the pancreas are decimated, little or no insulin is produced by the body. Insulin performs the critical job of moving sugar (glucose) from the bloodstream to the body's cells. Sugar enters the bloodstream when food is digested.

Without sufficient insulin, sugar builds up in your child's bloodstream, where life-threatening complications can be created by it if left untreated.

Risk factors for type 1 diabetes in children include:

Family history:- Anyone with a parent or siblings with type 1 diabetes has a slightly increased risk of developing the condition.

Certain viruses:- Exposure to various viruses may increase the autoimmune destruction of the islet cells

The signs and symptoms of type 1 diabetes in children usually develop quickly, and may include:

If you notice any of these symptoms in your child, consult your doctor immediately.

While there's nothing you could have done to prevent your child's type 1 diabetes, you can help your child prevent its complications by:

Teaching your child the importance of eating a healthy diet and participating in regular physical activity.

Lack of appetite in children: causes, symptoms and preventive measures

Viral Infection in Kids - Cause & Remedies

How to take care of your baby during hot season?

How Age Affects Your Fertility?

Age affects the fertility condition of both men and women. Know all age factors...

Natural Ways to Boost Fertility in Men and Women

Every year on 21st June, we celebrate International Yoga Day, so let's take a resolution...

So, finally you have been incubating your baby for 2 months now. For emotional girls,...