Dizziness can occur anytime during middle to late pregnancy. In pregnancy, dizziness can been caused by a number of different things. 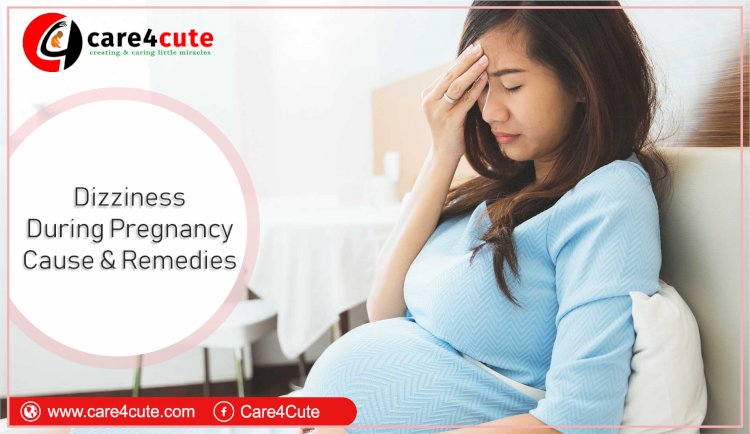 Dizziness During Pregnancy: Causes and Prevention

Feeling lightheaded, dizzy and faint at times during the day is a normal occurrence during pregnancy. As the body undergoes changes to accommodate a baby, the variation in blood pressure, sugar levels, and hormones cause you to feel dizzy every now and then.

Feeling faint and nauseous can begin as early as two weeks after conception or start after two months. Dizziness, accompanied by morning sickness and nausea at other times during the day can be an indicator of pregnancy. The body’s physiological changes can cause women to get disoriented and feel a sense of vertigo that makes expectant women feel like they’re about to fall or faint at times.

Is It Normal To Feel Dizzy During Pregnancy?

Yes, it is absolutely normal. Dizziness affects nearly 75% of pregnant women in varying degrees. It is a common feature during the first trimester but can continue throughout the pregnancy in some women.

The cause for dizziness varies throughout pregnancy depending on the stage of pregnancy.

Things to Do When You Suddenly Feel Dizzy

You can do the following when you feel dizzy:

To reduce dizziness during pregnancy:

How to Improve Your Child’s Handwriting

Diet During the First Trimester

In India, Teachers' Day is celebrated on September 5 to mark the birthday of former...

Tips to Lower Your Chances of Miscarriage after IVF

A quarter of pregnancies end in miscarriage within the first 23 weeks. Know the...

Women’s Equality Day is the day which falls yearly on August 26th and initially...