'Bachelor in Paradise's' Jade Roper Tolbert gave birth to a second child with husband Tanner in the bedroom closet. 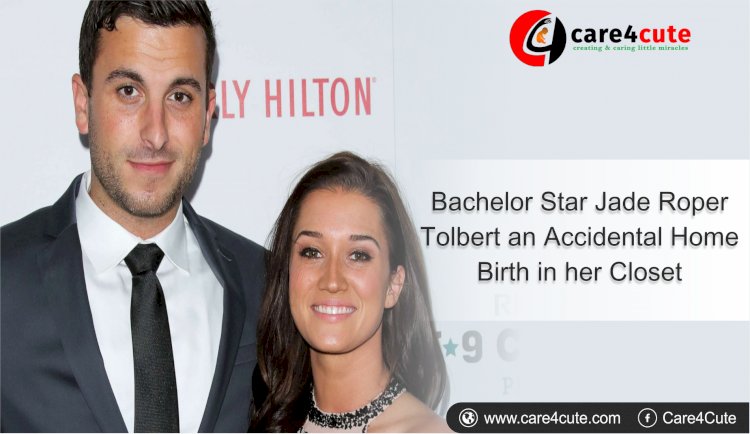 Talking about a dramatic baby delivery!

"Bachelor in Paradise" star Jade Roper Tolbert, 32, revealed some shocking details about the birth of her second child. On Instagram Tuesday, she announced that she had given birth to her second baby with Tanner Tolbert, 32 — in their master bedroom closet.

Describing it as an “accident,” Tolbert wrote in an Instagram post late Tuesday night about the abrupt delivery.

“My water broke and 75 minutes later I gave birth to our healthy baby boy while clutching a bench in our closet,” she said.

This is not a joke. The healthy baby boy was born among an impressive shoe collection. 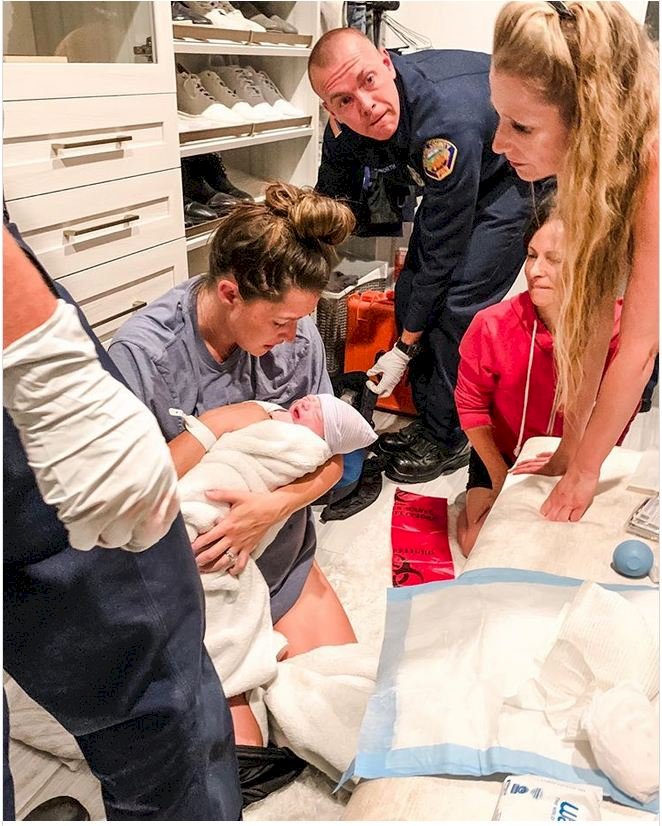 She added: "But I am so so thankful for each person who helped bring our son into the world safely."

Jade gave a short version of the birth drama. Her water bag broke while at home "and 75 minutes later I gave birth to our healthy baby boy while clutching a bench in our closet," she wrote.

"It was one of the scariest moments of my life because I felt so out of control," Jade added.

But Tanner was on hand with the medics and firefighters who "kept me going when I felt like the world was caving in on me and my unborn baby," wrote Jade.

Even "Bachelor" host Chris Harrison was prompted to comment on Instagram, "Now that's the most dramatic delivery ever."

Harrison also broke the news to the audience on "The Bachelorette" Tuesday.

"Little personal congratulations. Jade and Tanner who met on the beach welcomed their second child," he said. "She gave birth to their baby boy in her master closet last night! True story. So god bless guys, we wish you the best."

Jade wrote that she didn't feel right sharing adorable baby photos right away. But she was "so grateful for the support we had and for this beautiful boy I get to hold in my arms."

The couple – who tied the knot in 2016 after meeting on the second season of "Bachelor in Paradise" – also share daughter Emerson Avery Tolbert, who turns two in August.

Tolbert, who previously opened up with her husband about their struggle dealing with a miscarriage, says when the time is right, she will tell her full story about this delivery.

For now, she is feeling simply grateful as she and her baby both are healthy.

We, the whole Care4cute team, congratulate the happy couple on the latest addition to their family.

What are the Different Breastfeeding positions and which...

Second Saturday in September every year: Raising awareness of how first aid can...

Child Health Day is a day to learn and focus on the health of children.