24 October 2019 marks this year's World Polio Day, a global day to raise awareness and resources in support of the polio eradication effort. 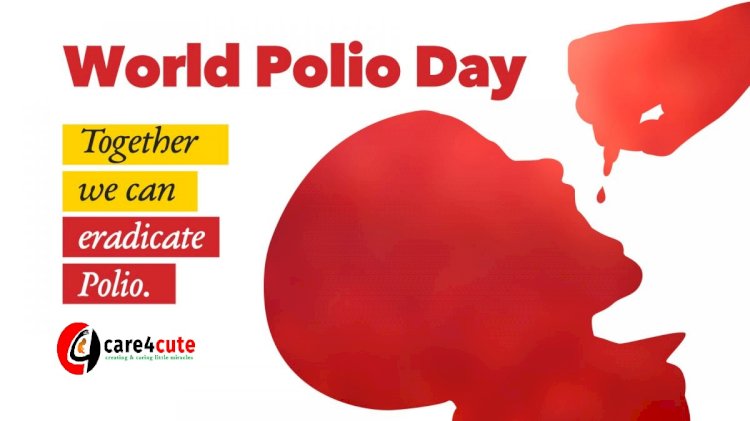 World Polio Day was initiated by Rotary International over a decade ago to celebrate the birth of Jonas Salk, who developed a vaccine against Polio (poliomyelitis). Every year, annually the day is commemorated on 24 October.

Poliomyelitis (polio) is a highly infectious viral disease, which primarily affects young children (under 5 years of age). This disease is contagious because its virus is transmitted by person-to-person spread mainly through the fecal-oral route or, less frequently, by a common vehicle (e.g. contaminated water or food) and multiplies in the intestine, from where it can enter the nervous system and can cause paralysis. 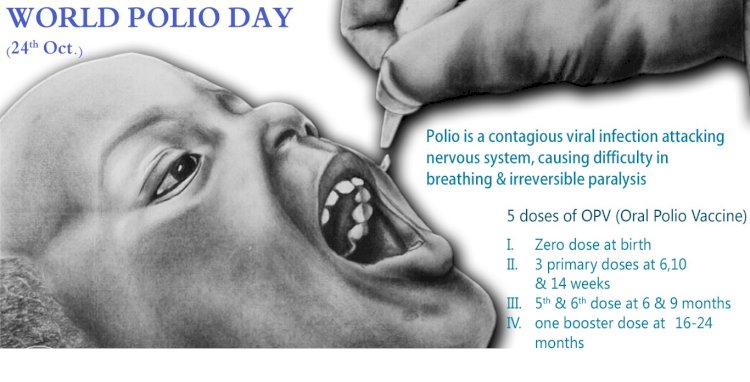 World Polio Day will be observed on Thursday, 24th October 2019 worldwide, to raise awareness towards total eradication of polio as well as to celebrate the efforts of thousands of employees of WHO and other volunteers across the world committed to the eradication of Polio.

Early symptoms of Polio include fever, fatigue, headache, vomiting, stiffness of the neck and pain in the limbs. 1 in 200 infections leads to permanent paralysis (regularly in the legs). Among those paralyzed, 5% to 10% die when their breathing muscles become nonfunctional.

Unfortunately, still there is no cure, but there are safe and effective vaccines to avoid this disease. Polio can be prevented through immunization. The polio vaccine is given multiple times to a child under the age of 5, to protect a child from Polio for life. The prime strategy to eradicate polio from the whole world is based on preventing infection by immunizing every single child until transmission stops and the whole world is polio-free. There are two types of vaccines that are given to children to prevention infection.

Each year the World Polio Day is commemorated with a new theme, specifying its purpose as well as inspiring millions around the world who are committed to the cause.

At present, there are only three countries where transmission of wild poliovirus is occurring: Afghanistan, Nigeria, and Pakistan. The great news is that polio cases have hugely decreased by over 99.9% since 1988, from an estimated 3,50,000 cases then, to 22 reported cases in 2017 all over the world.

As Polio is eliminated from India but the risk of importation still persists from the remaining three countries (Pakistan, Afghanistan, and Nigeria) where poliovirus is still present, the need for these three countries is to maintain the population immunity and sensitive surveillance till global polio eradication happens. This is maintained through National and Sub National Polio rounds along with sustained high-quality polio surveillance.

As long as a single child remains infected, children in all countries are at risk of contracting polio.

How to deal with leaky breasts?

If you are pregnant and you are facing problem related to leaky breasts, then you...

Know the law and policies related to breastfeeding at work for the working mothers...