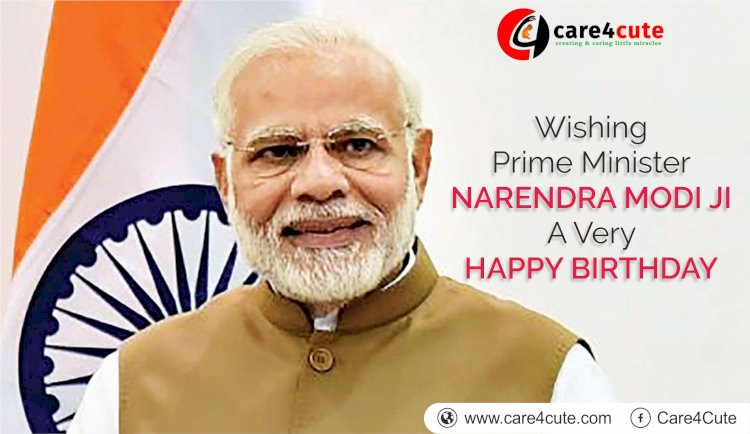 Narendra Modi's 69th birthday: Here's how he celebrated the day since becoming PM

While the Bharatiya Janata Party has decided to celebrate the entire week as Seva Saptah, various states will commemorate the event in their own unique way.

In the meantime, PM Modi will visit his home state Gujarat. As the Sardar Sarovar Dam is expected to reach full capacity soon, PM Modi will witness the achievement. 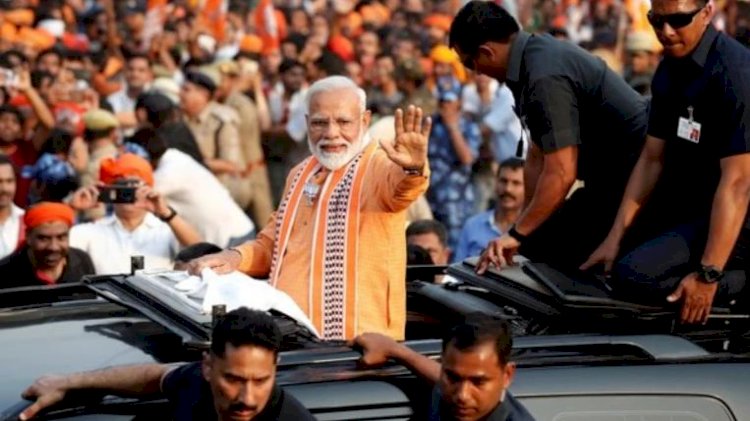 Besides, he will also visit his mother Heeraba and take her blessings.

Here is how PM Modi has celebrated his birthdays since coming to power:

In 2014, Narendra Modi Ji met his mother Heeraba in Ahmedabad on the occasion of his 64th birthday. 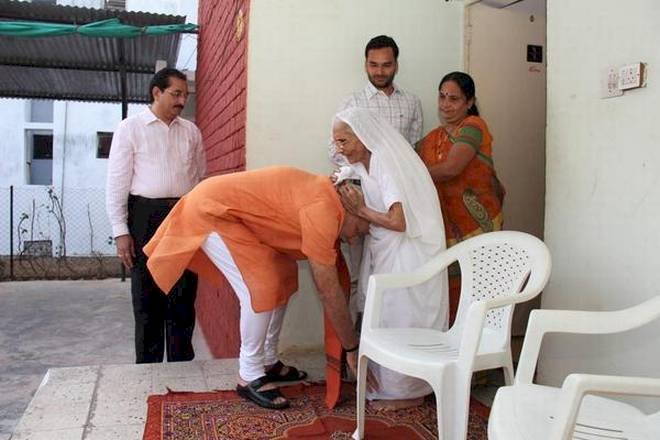 In 2015, Narendra Modi Ji visited Shauryanjali, a military exhibition to mark the golden jubilee of the Indo-Pak War of 1965. 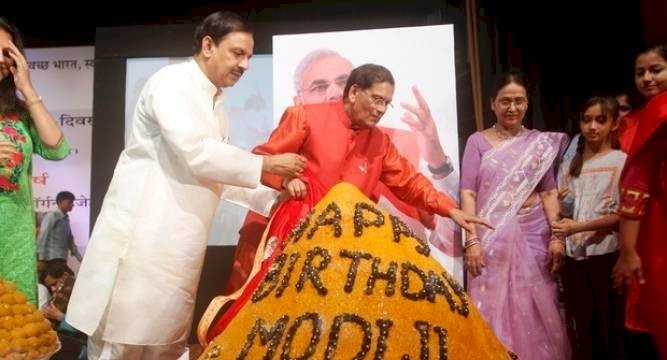 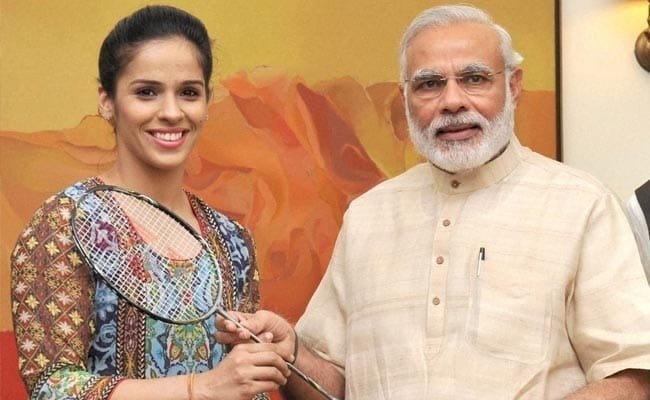 On his 66th birthday celebration, PM Modi flew down to Gandhinagar to meet his mother Heeraben to seek her blessings.

Afterward, he went to Navsari where he attended a function where aid was distributed to the differently-abled persons. About 989 lamps were lit simultaneously in Navsari making it a rare feat. 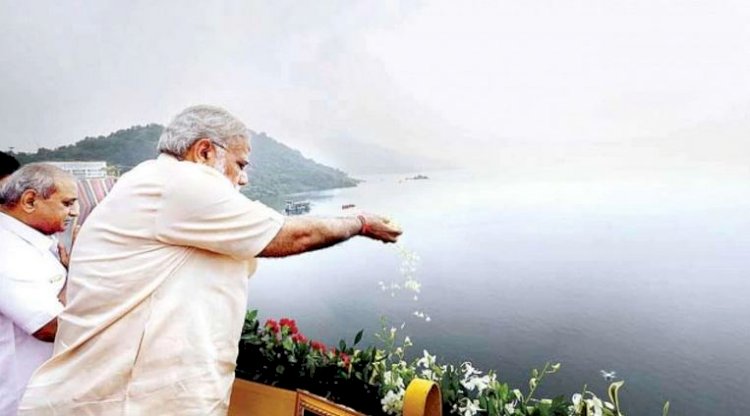 He also visited the residence of Marshal of Indian Air Force Arjan Singh who died on September 16.

He visited a primary school and celebrated his birthday with students. 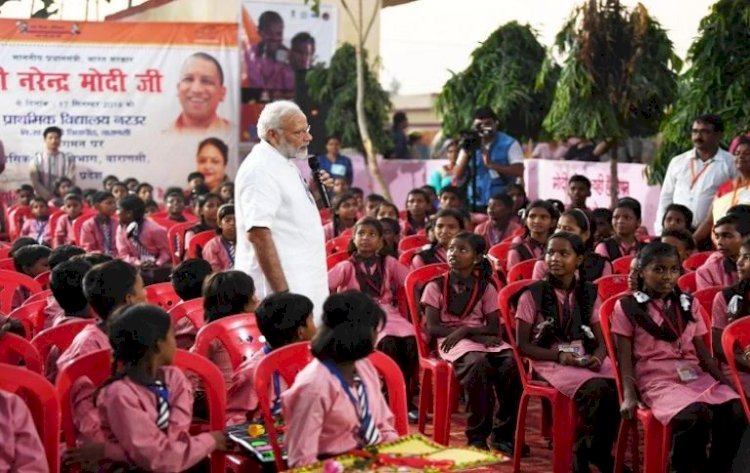 He later offered prayers at the Kashi Vishwanath temple in Varanasi.

His birthday was made even more special when the Navajivan Trust, founded by Mahatma Gandhi, published the Gujarati version of the Exam Warriors by PM Modi. 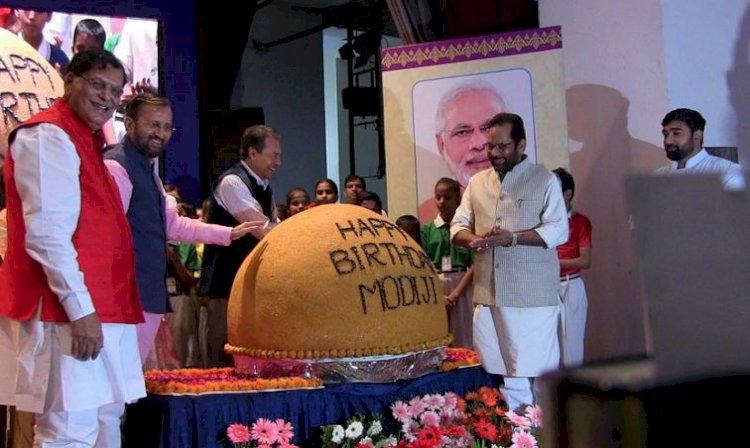 PM Modi will start his 69th birthday by celebrating the water level in the Sardar Sarovar Dam at Kevadiya in Narmada district reaching its highest capacity at 138.68 meters for the first time since its height was raised in 2017.

Reports have proposed PM Modi will be celebrating his 69th birthday in his parliamentary constituency of Varanasi and will spend the day with children with disabilities.

The BJP will observe a 'Seva Saptah' from September 14 to 20 for Prime Minister Narendra Modi's birthday on September 17.

Several exhibitions will also be showcased that will depict the social work done by PM Modi. These exhibitions will be organized in every district by BJP cadres to display the feat of the Central government under PM Modi's leadership.

The Seva Saptah kicked off with BJP President Amit Shah along with working president JP Nadda, Vijay Goel and Vijender Gupta sweeping the floors at AIIMS in New Delhi.

Meanwhile, a bike rally to spread PM Modi's social messages was flagged off from New Delhi for his birthplace Vadnagar in Gujarat, by BJP MP Vijay Goel on Sunday.

The rally led by ace biker Raj Luxmi will cover a distance of 1,200 Km crossing through four states to reach Vadnagar on September 20.

A Surat bakery has also announced that it will be making a 700-ft cake which weighs 7,000 kg to mark PM Modi's 69th birthday. The cake will be cut by 700 'honest' people from Surat, as claimed by the baker.

World Deaf Day 2019: Last Sunday of the Month of September

World Deaf Day is observed to create awareness among the public to show how much...

While bacteria get a bad reputation, many can promote good health. Probiotics are...

Diwali, Deepavali or Dipavali is a four-five day-long festival of lights, which...

How Age Affects Your Fertility?

Age affects the fertility condition of both men and women. Know all age factors...

The National Eye Donation Fortnight is celebrated every year from 25th August to...