Eid ul-Adha, also known as Bakra Eid or Bakrid, will be observed on August 12, 2019, in India. Celebrated on the 10th day of Dhu al-Hijjah. 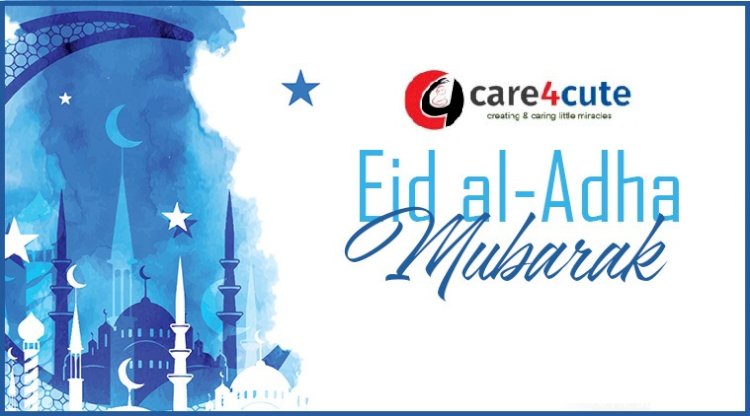 On Monday, 12th of August 2019, Eid al Adha 2019 or Qurbani 2019 will be celebrated with enthusiasm across the whole India and other countries of the world. This is actually the uncertain date as the actual date depends on the sighting of the moon of DhulHijjah. Bakri-Id is an annual festival celebrated by the Muslim community worldwide. On the occasion of Id festival, Muslim people distribute meat among relatives and acquaintances along with chanting the takbir.

This festival that is EidulAdha is celebrated among Muslims communities across the globe in memory of the sacrifice that Prophet Ibrahim (AS) made out of his strong faith in Allah (SWT). Ibrahim (AS) showed a willingness to sacrifice his son Ismail (AS) but his son, which was actually replaced with a lamb by Allah (SWT). Allah (SWT) was so pleased with Ibrahim’s (AS) submission to Him that He made this demonstration of sacrifice and faith a permanent part of a Muslim’s life.

For this reason, every year on the 10th of DhulHijjah, Muslims all parts of the world celebrate EidulAzha. On this day, Muslims slaughter a lamb, sheep, goat or a camel to honor the sacrifice of Ibrahim (AS). A sense of munificence and thankfulness colors this Eid al Adha festival.

This Bakri-Id festival is meant to make every Muslim person more virtuous in his or her deeds. It should not be meant only to propose sacrifices; rather it is meant to learn hidden lessons of freedom from selfish desires and to raise a Muslim from anything that hinders his ability to fulfill his responsibilities as a Muslim.

How Is Eid al-Adha Celebrated?

To celebrate Eid-al-Adha festival, the Muslim community celebrates the festival by offering special prayers in the mosque. The Muslim community people will exchange gifts and greetings. In India, Eid al-Adha is considered a gazetted holiday. Other names of this festival include Id-ul-Adha, the festival of sacrifice, Id-ul-Zuha and Bakr-Id. The festival is celebrated by wearing new attire and organizing special prayers. Goats may be offered to God. The meat is shared among family friends and relatives.

Since Eid al-Adha is a gazetted holiday in India. All local, state and national government workplaces shall remain closed on the festival day that is on Monday, 12 August. The commercial outlets owned by Muslims may remain closed or have reduced business hours. The public transport is not disturbed.

Exercises during 2nd Trimester of Pregnancy

Water fasting means consuming nothing but water for a set amount of time. Learn...

It is very sad to announce that Wuhan Whistleblower Doctor who inform people about...