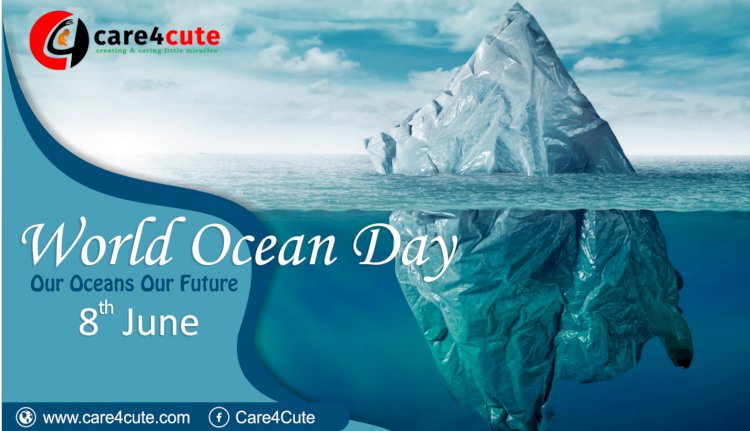 Our Ocean – Our Future

From the reports of World Economic Forum – there will be more plastic than fish in our oceans by 2050, if we continue on the path we are. 90% of the plastics in our oceans come from the different rivers that flow into our oceans.  If we can, then we can stop the flow of plastic to go into the oceans and pollute the seawater and marine life.

We celebrate World Ocean Day  on 8th June of every year. This concept was initially proposed in 1992, by Canada’s International Center for Ocean Development (ICOD) along with the Ocean Institute of Canada (OIC) at the Earth Summit – Ocean Day. At the first World Oceans Day in 1992, the objectives were to move the oceans from the sidelines to the center of the intergovernmental and NGO discussions and policy and to strengthen the voice of ocean and coastal constituencies worldwide.

This year’s theme selected by the United Nations for this United Nations International Day (2019) is “Gender and Oceans“. Celebrating this “World Ocean Day” is an opportunity to raise global awareness of the challenges faced by the international community in connection with the oceans.

Why to celebrate World Ocean Day?

Basically this is not a question – whether you live near a coast or not, we all are somehow intimately connected with the oceans. Below are the some points describe some of the connections –

There is only one global ocean. This is divided into five geographical regions: the Pacific Ocean, the Atlantic Ocean, the Indian Ocean, the Arctic Ocean and the Southern Ocean.

The problems facing our oceans

Well there are various problems that are faced by oceans. The major problem is the plastic pollution. Plastics not one polluting the ocean but also poisoning the marine life, which results in the edge of extinction of various marine species and even some of them have already extinct. In addition to this, climate change and rising sea temperature are also the other problems. Even the increase in carbon dioxide is increasing the acid levels of seawater and putting many marine organisms at risk.

What we all can do to save our Oceans

First and foremost thing is to reduce the use of plastics in our daily life. Always try to recycle and use reusable water bottle and grocery bags to help in reducing the plastic pollution. To reduce carbon footprint, try to turn off light and other appliance when they are not in use. Make sure to purchase energy efficient products in the future. Making sustainable seafood choices is one of the most important things you can to do protect marine life

As, every year 8th June, is celebrated as a – World Ocean Day. It is an annual event that is celebrated to increase the awareness regarding the safety of our ocean and its marine life. That will encourage everyone to think towards the ocean health.

All about donor egg IVF cycle