The International Day for the Eradication of Poverty is celebrated every year to promote awareness of the need to eradicate poverty and destitution across the world. 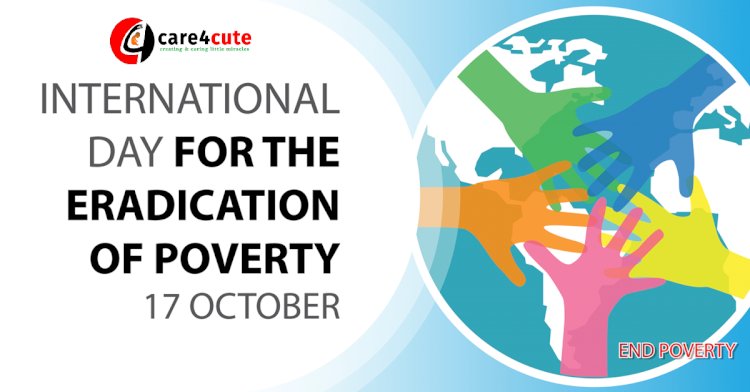 International Day for the Eradication of Poverty / World Poverty Day 2019

Every year, World Poverty Day, which is also known as the International Day for the Eradication of Poverty, is observed annually on October 17. It is an international day to endorse and raise awareness about the need to end global poverty in all its forms everywhere.

The International Day for the Eradication of Poverty aims to overcome the gap and create mutual understanding among people below the poverty line, the communities they live in and the world community at large.

World Poverty Day provides an opportunity to recognize the struggles of poor people across the world and gives them a platform and audience to have their daily life issues, requirements, desires, and concerns to get heard.

People living in poverty want to be treated as equals and listened to with respect!

The International Day for the Eradication of Poverty was first observed on October 17, 1987. It was organized as the World Day for Overcoming Extreme Poverty globally. More than 100,000 people gathered under one roof at the Trocadéro in Paris to honor the victims of extreme poverty, violence, and hunger.

Five years later the United Nations (UN) General Assembly declared October 17 the International Day for the Eradication of Poverty. In accord with the Universal Declaration of Human Rights signed at the Trocadéro in 1948, the UN declared that poverty is a violation of human rights and affirmed the need to deliberately work toward respecting the rights of the poor. 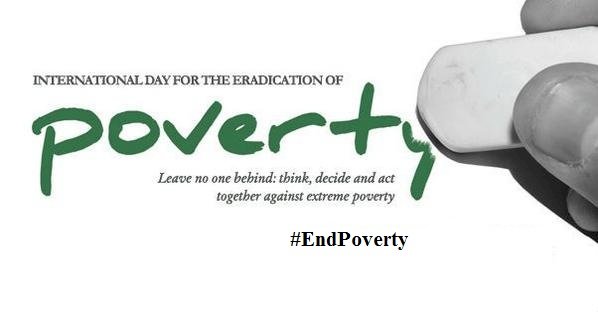 The theme of International Day for the Eradication of Poverty 2019 is “Acting together to empower children, their families and communities to end poverty”

Facts and figures about Poverty

Poverty and the Sustainable Development Goals

Poverty is also at the core of the 2030 Agenda for Sustainable Development. Goal NUMBER ONE is to eradicate poverty in all its forms from every corner of the world.

The Sustainable Development Goals (SDG) expands the scope of the world community’s previous efforts to eradicate poverty. The SDG works for eradicating poverty, protecting the Earth and ensuring all people to have peace and prosperity in their life.

In 2000, when the UN adopted the Millennium Development Goals (MDG) it identified eight contributors to human suffering:

"Wherever men and women are condemned to live in extreme poverty, human rights are violated. To come together to ensure that these rights be respected is our solemn duty."  - Father Joseph Wresinski

Persons living in poverty experience countless interrelated and mutually reinforcing deprivations that prevent them from knowing their rights and continue their poverty, including:

How Do Poor Experience Poverty?

The experience of poverty is characterized by rejection, suffering relationships, worthlessness and feelings of guilt for being poor. So, here are the following things, we should follow to somehow eradicate poverty from our planet:

If your child is having a gas problem then you must know how to deal with it and...

10 tips to keep your child healthy during winter season

Congrats! You are now 37 weeks pregnant. It is a big achievement for you. With every...

Ovulation indicators to help you know that you are pregnant!

How to Plan Ahead for Financial Stability Post The Birth...