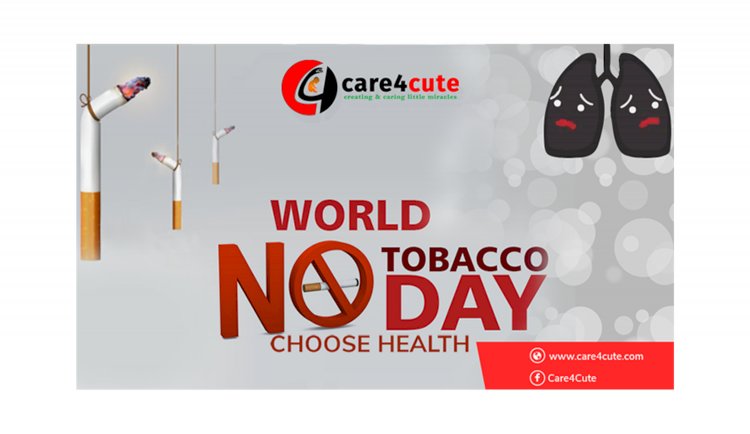 Say No To Tobacco – Yes To Your Life

TOBACCO – Each year, tobacco kills more than 7 million people. Thanks to WHO and other partners – who contribute to tobacco control measures, such as graphic warnings on cigarette packs, advertising bans and smoke-free laws, protect two-thirds of the world’s population.

Every year, on 31 May, the World Health Organization (WHO) along with global partner celebrates – World No Tobacco Day (WNTD). This annual campaign is an opportunity to raise awareness among the people about the harmful and deadly effect of tobacco use and the risk factors for second-hand smoke exposure.

This year theme of World Tobacco Day 2019 is “tobacco and lung health” and the campaign will help in escalating the awareness on:

The campaign also advocating for effective policies to come into exist that will assist in reducing the tobacco consumption by the people and engaging various stakeholders across multiple sectors in the fight for tobacco control.

How tobacco endangers the lung health of people worldwide

This year the World No Tobacco Day 2019 will focus on the multiple way that exposure to tobacco affects the health of human’s lungs worldwide.

Lung Cancer – Smoking tobacco is the major reason for lung cancer that is responsible for over two-thirds of death globally due to lung cancer. Second-hand smoke exposure at home or in the work place also increases the risk of lung cancer.

Chronic Respiratory Disease – Tobacco smoking is the leading cause of chronic obstructive pulmonary disease (COPD), a condition where the build-up of pus-filled mucus in the lungs results in a painful cough and agonizing breathing difficulties.

Across the life-course – Infants exposed in-utero to tobacco smoke toxins, through maternal smoking or maternal exposure to second-hand smoke, frequently experience reduced lung growth and function. Young children exposed to second-hand smoke are at risk of the onset and exacerbation of asthma, pneumonia and bronchitis, and frequent lower respiratory infections.

Tuberculosis – Tuberculosis (TB) damages the lungs and reduces lung function, which is further exacerbated by tobacco smoking. About one quarter of the world’s population has latent TB, placing them at risk of developing the active disease.

Air Pollution – Tobacco smoke is a very dangerous form of indoor air pollution: it contains over 7 000 chemicals, 69 of which are known to cause cancer.

The World No Tobacco Day 2019 campaign will raise awareness on the:

Parents and other members of the community should also take measures to promote their own health, and that of their children, by protecting them from the harms caused by tobacco.

How to be a Confident Woman

Confidence is the major key factor to be successful. If you are a woman and wants...

How to deal with depression during isolation period

The International Day of the Girl Child is celebrated annually on 11th October....