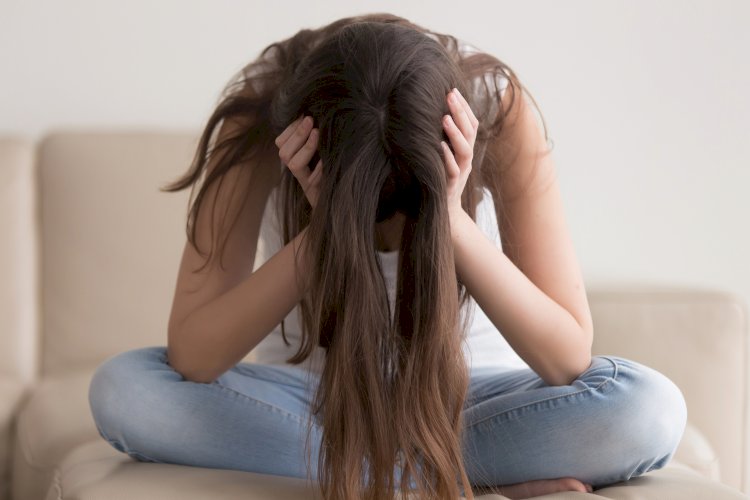 The teen years are often considered the most difficult period of a person’s life. After all, how often do you hear anyone over the age of 30 wistfully say, “Oh, to be 15 again…”?

It’s a vulnerable time of life as teens attempt to navigate the precarious bridge between childhood and adulthood. And one of the most challenging decisions, for an age group that’s ill-prepared to make difficult choices, is whether to start using alcohol or drugs.

On the one hand, adolescence is a time of self-exploration. One could argue that it’s perfectly natural and normal to want to try new things, such as getting high or drunk for the first time. However, others would argue – and wisely so – that adolescents, by virtue of their young age and lack of life experience, aren’t prepared for the consequences that often follow.

Regardless of which side of the argument you find yourself, most teens will experiment with alcohol and / or drugs at some point – for many different reasons. Following are 10 of the most common:

Peer pressure is a powerful force at any stage of life, but it’s especially influential during adolescence. At a time when kids are trying to figure out who they are and where they fit in –when insecurities can be fierce – the desire to be accepted and liked makes saying “no” extremely difficult. Saying no can also have painful consequences, ranging from being laughed at or mildly teased, to being humiliated, rejected, and even bullied.

Peer pressure often comes as the devil in sheep’s clothing. The “cool kid” who says, “Hey, it’s just weed” or “it’s my dad’s prescription, so of course it’s safe!” Or the popular girl who’s hosting a party while her parents are out of town, encouraging everyone to “drink up” and just have fun – after all, who’s going to know if no one tells?

Adolescents often want to be treated like adults. “I’m not a kid anymore” is a frequent mantra, especially when they want privileges that come with age – like using alcohol. It’s no surprise that they’re drawn to things that make them feel like an adult – older, more mature, more sophisticated. Drinking, smoking, and drug use can all boost that feeling; “Hey, look at me, I’m all grown up now.” With those behaviors comes the illusion that one is truly mature – and thus can handle anything. Sadly, one bad incident can quickly shatter it and remind them just how young and vulnerable they still are. But until such an event, they naively believe that “bad things” happen only to “other kids.” They overestimate their maturity and underestimate their vulnerability.

Teens that grow up with parents who abusealcohol or drugs often follow suit. After all, that’s what they know and what they’ve learned. Not to mention, if one or both parents are actively using they often have easy access as well. Not only does the apple often not fall far from the tree, kids often mimic their parents’ behaviors – both good and bad.

Granted, some kids will do the very opposite and shun all substances, wanting to avoid the very thing that ruined their parents’ lives or led to traumatic childhood experiences, such as abuse or neglect.

Curiosity not only “killed the cat,” it also can be a very seductive temptress. The desire to try new things and explore the world didn’t suddenly shut off when puberty commenced. In fact, it often becomes even stronger. Most teens have a lot more autonomy (and some have way too much) than they did as children. They’re less closely supervised and often left home alone for chunks of time while mom and dad are still at work or out for the evening.

The desire to find out what it feels like to get drunk or high – “just this once,” of course – can be very strong. Not to mention, “Everybody experiments – don’t they?” can be a very compelling rationale. Unfortunately, far too many kids end up  in alcohol  or drug rehab treatment alcohol or drug treatment  down the road due to some ill-fated need to satisfy their curiosity.

It’s been said that “idle hands are the devil’s tools” – and similarly, that an “idle mind is the devil’s playground.” In other words, boredom can quickly get anyone – and especially a restless teen – into all sorts of trouble. It’s even worse for teens who have bored friends. Passing the time with a few beers or a few hits with friends (or even alone) is often a slippery slope to addiction.

Teens who struggle with a lot of emotional pain are especially vulnerable to alcohol and drug abuse. They use these substances – just like many adults – as a way to self-medicate . They know that getting high or getting drunk will, at least temporarily, numb or ease their pain and provide them with a means of escape. These substances can also appear to ease the problem. For example, a socially awkward or extremely shy teen may use alcohol in a desperate attempt to feel more comfortable around others. A teen living in a conflicted home environment may resort to drugs to shut out the world for a while – or at least make it feel a little more bearable.

Teens like to assert their budding maturity and test the limits with their parents. Those with nagging, overprotective, or strict parents often lash out in a passive-aggressive manner. Rather than talking to mom and dad about their frustrations, such as what they perceive as overly strict rules, religious hypocrisy, or constant nagging, they may rebel by using alcohol or drugs — especially if they know that doing so will make their parents angry or embarrassed.

Let’s face it, most teens don’t know what’s good for them and what’s not. Not because they’re not bright, but because they simply don’t have enough information or experience. Experimenting with alcohol or drugs often seems innocent enough– in fact, it’s often regarded as a sort of adolescent “rite of passage.” Many teens feel entitled to experiment at this age, as if they’re expected to do so and therefore should do so. What many don’t realize is that it’s neither innocent nor harmless.

For those on the outside looking in, it seems like everyone who’s “doing it” is having fun, and they’re the ones who are missing out. What they don’t yet see (and haven’t yet learned to minimize or rationalize) is all the vomiting after drinking too much, the hangover the next morning, or the sickening “what have I done?” morning-after feeling when they’ve just woken up in a strange place or realized that the needle they used was dirty. Even worse is finding themselves in a jail cell or mourning the death of a friend who drove home drunk. The bliss of ignorance can be quickly shattered.

Getting drunk or high with friends sounds fun — in the moment. What isn’t fun about spending time with friends, sharing an intensely pleasurable drug-induced euphoria or the disinhibiting effects of alcohol? The silliness, the slurred words, the stumbling, the bizarre behavior – all of those things can be very entertaining and make for great stories the next day or down the road. Of course, it’s all just good old teenage fun – until someone is seriously injured, has to face a judge, or winds up on a cold slab in a morgue.

Teens don’t use alcohol or drugs with the intent of becoming addicted. In fact, since part of adolescence is the still-intact belief that you’re invincible. “Addiction? What’s that? Only losers who use or drink excessively or for years become addicted, right? But not me – I’m just experimenting, having fun with my friends, or seeking a temporary escape from my crappy life.” Oh, to be 15 again – and believe that becoming an addict is something that could never happen to you.

Talk to your teen. If you’re the parent of a pre-teen or adolescent, talk to him or her today about the dangers of alcohol and drugs. Don’t lecture. Don’t condescend. Don’t be dramatic. Just talk – openly and directly. Talk to your child from a place of unconditional love, genuine concern, understanding, and heartfelt compassion, recognizing the challenges and temptations that are so insidious and prevalent at that age. Understand just how vulnerable and easily influenced teens are.

Do everything you can, today and going forward, to keep the doors of communication as wide open as possible, so that tomorrow, or next week, or next year your child will know that he or she can talk to you, confide in you, and ask you questions about alcohol or drugs. Hopefully, by doing so, your teen can avoid the dangerous landmines that devastate and destroy the lives of so many young people.

If your teen is already abusing alcohol or drugs ,  don’t hesitate to seek help. Contact an addiction specialist or local alcohol and drug treatment facility  for guidance in confronting the problem, and to determine the best options for treatment. Make that call today, because tomorrow may be too late.

How to Set Up And Manage Your Child's Phone With Google...

Second Saturday in September every year: Raising awareness of how first aid can...

To protect yourselves from the coronavirus, you must have the proper knowledge about...

If you are pregnant then you must have a healthy and balanced diet. Readout that...