The World Youth Skills Day was observed across the world, every year on July 15. The day is commemorated to raise awareness on the importance of investing in youth skills development. 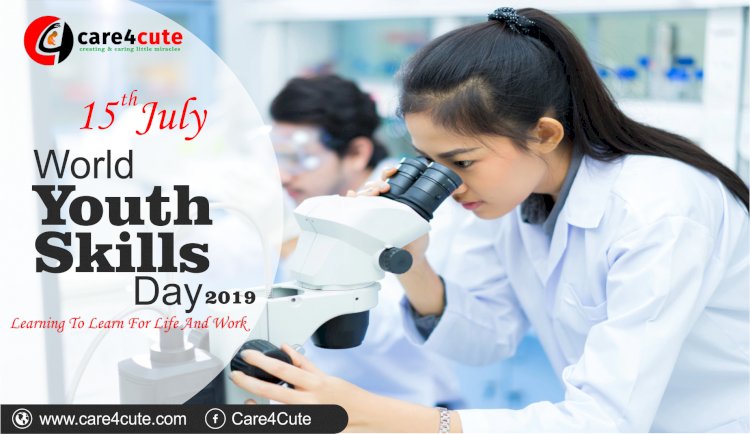 World Youth Skills Day is being observed today that is on 15th July to raise awareness about importance of skill development in the youth. The Day is an annual celebration under the auspices of United Nations and is being celebrated this year under the theme "Learning to learn for life and work".

In December 8, 2014, the United Nations General Assembly adopted a resolution declaring 15th July as World Youth Skills Day. The goal is to achieve better socio-economic conditions for today’s youth as a means of addressing the challenges of unemployment and under employment.

NSDC has joined TikTok to leverage the platform and educate 200 million users of TikTok, including the first time internet users in India about the ongoing government’s skill development programs and vocational training opportunities in the country, the publication reported.

Why is the day important?

• Rising unemployment among the youth is one of the most significant problems faced by the economies and societies in today’s world.

• At least 475 million new jobs need to be created over the next decade to absorb the 73 million youth currently unemployed and the 40 million new annual entrants to the labour market.

• At the same time, Organisation for Economic Co-operation and Development (OECD) surveys suggest that both employers and youth consider that many graduates are ill-prepared for the world of work. Hence, attaining decent work is a significant challenge.

• In many countries, the informal sector and traditional rural sector remain to be a major source of employment.

• The number of workers in vulnerable employment currently stands at 1.44 billion worldwide, among which more than half belong to Sub-Saharan Africa and South Asia.

That is the prime reason that education and skilled training are the key determinants of success in the labour market but the existing systems are failing to address the needs of many young people, and surveys of leaning outcomes and skills shows that a large number of youth have low levels of achievements in basic literacy and numeracy. Hence, the United Nations decided to designate July 15 as a World Youth Skills Day to raise awareness on the importance of investing in youth skills developments.

UNESCO and other UN bodies have organized different events to mark the Day to spread the awareness of the importance of skills among the youths.

World Hemophilia 2021 is on 17 April is celebrated to increase awareness of Hemophilia...

Here are the full details about Childhood Diabetes - what exactly it is, its Causes,...

Onam Festival. Onam is a most famous and cultural Hindu festival and celebrated...

Tips To Select The Best Summer Activities Classes For Your...