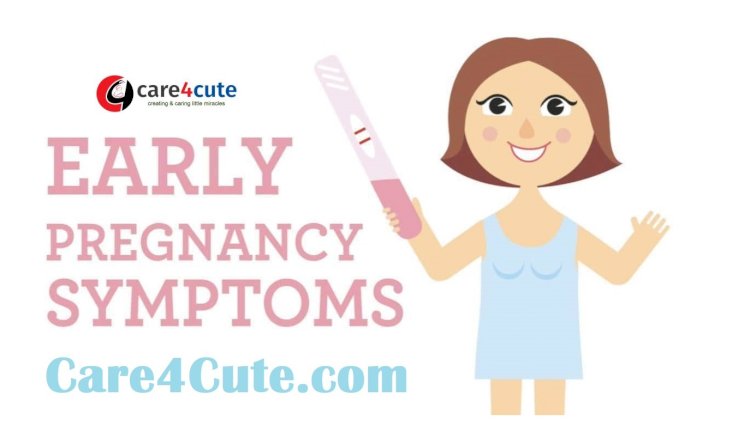 Have you missed a period and now one question is disturbing you a lot these days that – Am I pregnant or not?

For some women, the earliest sign and symptoms of pregnancy appear just in the very first few weeks after conception. One thing to be noticed over here is that the systems related to pregnancy will differ in their intensity, frequency, and duration. So here is the list of early symptoms related to pregnancy, which is only a guideline as most of the early pregnancy symptoms can also appear similar to routine pre-menstrual discomforts.

It is observed that your breasts may give you the very first sign of pregnancy. Nearly within two weeks after conception, there are some hormonal changes in the body that results in making your breasts tender, tingly or sore. Even your breasts may feel heavier and fuller.

Fatigue and tiredness are also one of the early signs of pregnancy. Most of the women will experience that during the early pregnancy that level of the hormone progesterone soars in a body. If you are already having health problems like lower blood sugar levels, lower blood pressure and increased blood production then this can sap your energy level during your pregnancy.

When you are pregnant, there may be chances that you dislike some of the food like coffee or fried food, even just opposite to it food craving in common in most of the pregnant women.

Even the constipation is one of the early signs for pregnancy. The reason is that an increase in progesterone in a body can cause food to pass more slowly through the intestines that can lead to constipation.

With the hormonal changes in a body and the flood of hormones in early stages of pregnancy can make you feel mood swings frequently. In this, you will feel unusual emotional, especially in the first trimester of pregnancy.

If you are pregnant, due to the flood of hormones, your blood vessels expand or your blood pressure drops, which results in faintness and dizziness. Even in the early staged of pregnancy, faintness can be caused by low blood sugar problem.

The most common early stage symptom regarding pregnancy is when you’ve missed your period. This is the very usual sign that induces women to explore more details regarding the other early pregnancy symptoms.

What's The Difference Between Quarantine & Isolation

World Breastfeeding Week is celebrated every year from 1 to 7 August all over the...

Polycystic ovary syndrome is a common health problem in women of childbearing age....