The ILO introduced the World Day Against Child Labour is celebrated every year on 12 June to raise awareness about the plight of child labourers worldwide. 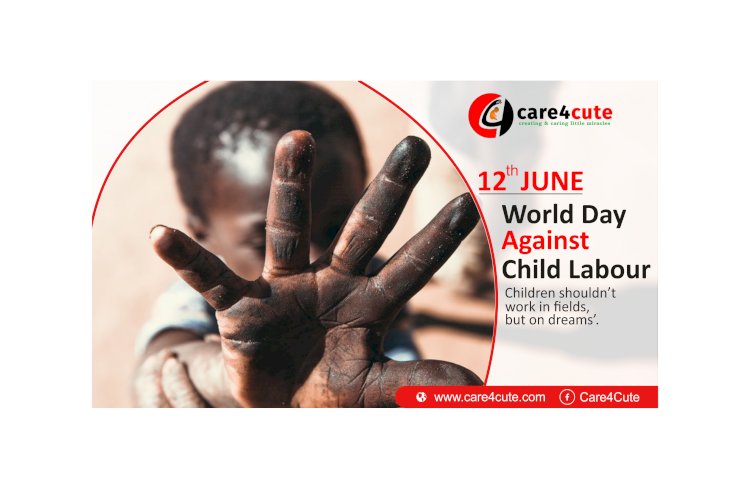 The World Day Against Child Labour will be observed today (Wednesday, 12 June) to raise awareness about the plight of child labourers worldwide. Hundreds of children drop out of school every year to help their parents earn a livelihood. The more unfortunate ones are forced into child labour by organised crime rackets, while many others never get to see a school because of extreme poverty.

In line with this goal, the International Labour Organisation (ILO) introduced World Day against Child Labour to be observed on 12 June every year, starting 2002. This year also marks 20 years since the adoption of the ILO’s Worst Forms of Child Labour Convention, 1999 (No. 182).

This year’s theme is ‘Children shouldn’t work in fields, but on dreams‘.

ILO defines child labour as “work that deprives children of their childhood, their potential and their dignity, and that is harmful to physical and mental development”.

However, the ILO says that all work is not considered child labour. Activities that contribute to the positive development of children like doing their share of household chores or earning pocket money in the summer are not to be targeted for elimination.

The ILO specifies a number of conditions that make the task child labour. If the job:

Talking about the child labour in our country, twelve percent of all children in India are engaged in some form of child labour, according to data released by UNICEF in 2017. India’s government introduced laws to curb this atrocity. For example, the Child Labour Act in 1986 was the first large-scale prohibition against child labour, and a 2009 law called the Right of Children to Free and Compulsory Education Act tightened the child labour laws by guaranteeing free education for children under the age of 14.

However, the reality of the situation is that child labour has its roots deep in the cultural traditions of our nation and for poverty-stricken families, that extra income is the only thing between life and death. Therefore, it is important that we raise awareness about this issue and strive to make India a place where child labour is never a necessary evil.

How to deal with leaky breasts?

If you are pregnant and you are facing problem related to leaky breasts, then you...

What is hepatitis B?

The theme for World Tourism Day 2019 is "Tourism and Jobs: A better future for all".

Impact of age on the fertility

If you are confused that which baby soap to be used for the soft skin of your newly...

Many women in 18-44 age groups, who could be pregnant, are eager to know whether...