Vitamin D is an essential vitamin required by the body for many good reasons. Learn which top 10 foods to eat to get more Vitamin D for your healthy body. 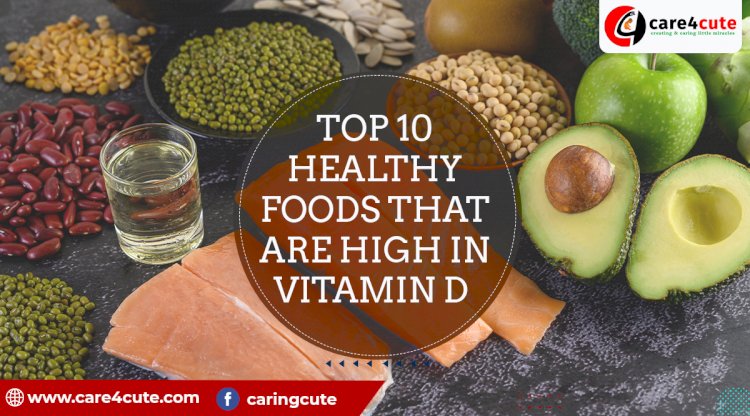 Are you getting enough vitamin D in your diet? This nutrient is important for growing healthy cells, keeping your immune system humming to ward off illness, and aiding in calcium absorption so your bones stay strong. It also helps in preventing the bone disease rickets in children, and with calcium, the so-called Sunshine Vitamin can help guard against osteoporosis in older adults.

Excess vitamin D can cause the body to absorb too much calcium, leading to an increased risk of heart disease and kidney stones.

Vitamin D is the only nutrient your body produces when exposed to sunlight.

Most experts recommend a daily intake of 600 International Units (IUs) for anyone between the ages of 1 and 70. Infants should be around 400 IUs and people older than 70 should be getting about 800 IUs.

You won't find many foods that are high in vitamin D, but there are some. We'll show you a few that you can add to your diet when there's simply not enough sun outside.

High quantities of vitamin D are present in oily fish and certain types of mushrooms.

10 Vitamin D Benefits You Should Know

All About N95 Respirator

August 19 is World Photo Day. The unofficial holiday, which is also sometimes known...

Tips On Personality Development For Kids

It is never too early to start molding a child's personality. These parenting tips...

Teeth Grinding (Bruxism) – Does It Have Any Kind Of Significance?

Are you facing problems with infertility? Here are the effective tips for home remedies...

This is the last stretch of your pregnancy. Your baby is fully developed now and...