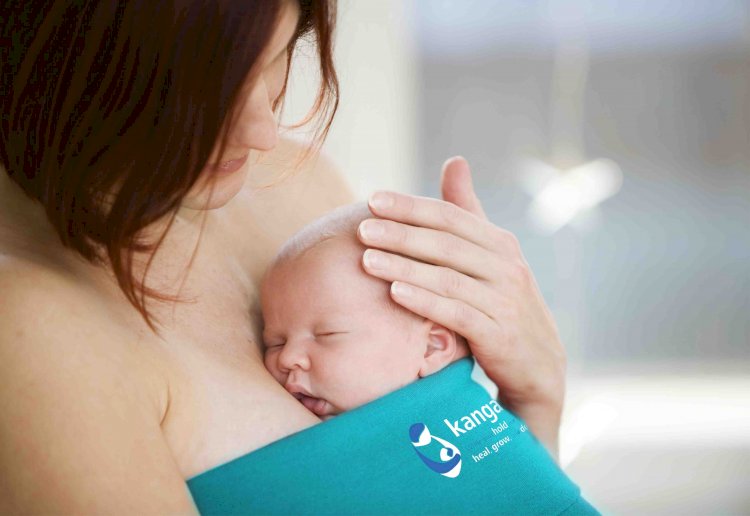 Despite the abundant awareness materials &  means, it’s astonishing how several myths still continue to surround the act of nursing.

In the absence of professional guidance, several young mothers remain unaware of what needs to be done – failing to distinguish myth from fact. Indian women, unfortunately, seek professional advice only when things go out of hand. Understandably so, considering that unsolicited wisdom is available all the time, thanks to grandmothers, elder sisters, next-door aunties and – occasionally – random women who are only too eager to help.

Chances are, some of the breastfeeding “advice” you’ll get may not be accurate. Here are common myths about breastfeeding—busted!

Myth #1:  Do not breastfeed right after C-section

Fact: As it takes time for the mother to recover from a C-section surgery, babies usually do not get enough skin contact and are deprived of the first feed. This practice is not healthy. Dr Chitra Nagaraj, a lactation consultant from Bangalore, says, “The mother should breastfeed the newborn with colostrum soon after the delivery, even if it’s through C-section.”

“However, in situations when it isn’t possible for the mother to nurse the child, she should still be kept in the same room as the baby. This helps initiate the process of breastfeeding,” she adds.

Fact: A mother’s diet does not directly affect the quality of milk she produces. But if the mother is severely malnourished or fails to consume a balanced diet, the quality of breast milk can be adversely affected, says Dr Nagraj.

Myth #3:  Don’t breastfeed the baby if it is nauseous or suffers from diarrhoea

Fact: Babies should, in fact, be given mother’s milk for gut infection. “Mothers must stop giving other foods to the infant for some time, but continue to breastfeed.  Breast milk helps baby fight the inffection and provides extra nutrition required at that critical time. Only under exceptional circumstances is breastfeeding not advisable,” says Dr Gagan.

Myth #4: If you have small breasts, you won’t produce enough milk to feed your baby.
Fact:  Size doesn’t matter!

To understand it better, lets understand the basic anatomy of breast.

The breast is composed of:

It is this supportive tissue and fat that is responsible for major bulk of breast. Milk producing part is very small in comparison to it.

So rest assured that whether you’re an A or D cup, your breasts are capable of providing your baby with the milk she needs.

Myth #5: You won’t be able to breastfeed if you’ve had breast-augmentation or breast-reduction surgery.
Fact: Not necessarily.
“These days, implants are usually inserted near the armpit or under the breast tissue or chest muscle, which shouldn’t interfere with breastfeeding,” says Carol Huotari, I.B.C.L.C., manager of the Center for Breastfeeding Information at La Leche League International. On the other hand, if you had surgery in which the nipple was removed in order to insert the implant and then reattached, breastfeeding may be hampered, as this procedure disrupts so many nerves that milk letdown is impaired. In this case, you will likely need to supplement with formula.

Myth #6: You must eat only bland foods while breastfeeding

Fact: Maybe, maybe not.
By the time the foods you eat have been digested and used to make breast milk, the potentially upsetting elements have been broken down and shouldn’t affect your baby at all. In other words, if you eat cabbage or broccoli, it’s unlikely that it will make your baby gassy. And if you indulge in some spicy salsa, your baby probably won’t refuse to nurse. As Haldeman of The Pump Station says: “Women in India eat really hot curry and their babies still breastfeed. And there is research that shows babies actually prefer garlicky milk.” Still, there are a few foods that do cross into breast milk and upset some babies’ stomachs, she says. Among them are dairy products, soy, peanuts, fish and shellfish.

Many breastfeeding moms swear by the wait-and-see approach: Don’t alter your diet at all and see if your baby has a problem. If she does seem fussy after you eat certain foods, experiment with your diet. “If necessary, keep a food diary, and if your baby is fussy two to 12 hours after you’ve eaten a certain food, cut it out of your diet for a while,” Huotari says.

Myth #7: You need to nurse every two hours around the clock—no more, no less—to make sure that your baby gets enough to eat.
Fact: Babies’ eating patterns are as individual as those of their parents.
That said, many newborns do naturally fall into an every-two-hours routine. “‘Watch the baby and not the clock’ is what we always emphasize,” .

Myth #8: You shouldn’t nurse if you have a blocked duct or breast infection.
Fact: Exactly the opposite is true.
The best way to treat a blocked duct is to nurse as often as you can. And the best way to prevent an infection is to clear a blocked duct. But how do ducts become blocked in the first place? “It usually happens when the baby’s nursing patterns change and the breast becomes overfull,” . “For instance, when a baby starts taking longer naps, eating solid foods and sleeping through the night, she may nurse less frequently, which can lead to blocked ducts.”

Besides frequent nursing, applying heat—in the form of a heating pad or wet washcloth—before nursing can help clear a duct. Also be sure your bra isn’t too constricting; and avoid underwire bras, as they can compress ducts.

If you do develop a breast infection—symptoms include redness and soreness in the breast, a fever and flulike symptoms—see your doctor right away, as you’ll need to take antibiotics. “But you can still nurse with a breast infection,”.  “It’s not going to hurt your baby.”

Myth #9: A breastfed baby won’t sleep through the night until she starts eating solids.
Fact: Your baby will sleep through the night when she’s ready.
And that depends on a number of factors, such as her size, personality and sleeping patterns. That said, breastfed babies do need to be fed more frequently than formula-fed babies in the early months because breast milk is digested more quickly than formula. “But I would never recommend loading a baby up with formula or feeding solid foods before she’s ready just to get her to sleep,” Lauwers says. “As long as your baby is getting enough to eat, she’ll sleep for as long as she’s meant to sleep.”

Myth #10: Breastfeeding is a reliable form of birth control.
Fact: If you’re not ready to be pregnant again, don’t rely on breastfeeding for birth control.
However, if you’re breastfeeding exclusively (and that means frequently, day and night), if your baby is younger than 6 months and if your period hasn’t resumed, the so-called lactation amenorrhea method can be 98 percent effective in preventing pregnancy. “But if all three of those criteria are not met, or if you’re letting your baby use a pacifier [which can make a baby suck less often or less intensely when on the breast, in turn affecting your hormone production], breastfeeding should not be used as contraception,” Lauwers says.

Myth #11: Once you go back to work, you’ll have to wean.
Fact: Hogwash!
“If you commit to pumping, you can give your baby breast milk for as long as you wish,” Haldeman says. This involves pumping three times a day when you’re at work—preferably at the same times she would normally nurse—until your baby is 6 months old. After that, when she’s eating some solids, you can drop down to twice a day. (If you continue to nurse in the morning and at night, in addition to pumping twice, you should be able to maintain an adequate milk supply.)

Since pumping will probably consume most of your break and lunch times, keep a supply of nutritious snacks at your desk so you have the fuel you need to make milk.  Also be sure to drink plenty of water—at least eight glasses a day.

Myth #12: Breastfeeding your child for more than one year makes weaning difficult.
Fact: There is no evidence that nursing for longer than one year will make weaning more difficult than if you weaned earlier.
“Babies are individuals, and some just want to nurse longer than others,” Lauwers says. Some children give it up on their own at about 1 year of age, while others are content to nurse well past their second birthday.

Lauwers recommends that you consider weaning only when you and your baby are both ready for it. “But if you reach a point where you no longer enjoy it, you may want to consider weaning to avoid sending negative messages to your baby,” she says.

Myth #13: Your boobs will forever look like tube socks.
Fact: Some women may notice a change in the shape of their breasts after breastfeeding, but pregnancy, not just nursing, is the culprit.
“The breast often doubles in weight during pregnancy, whether or not you breastfeed,” explains Pamela Berens, M.D., a board-certified lactation consultant and professor of obstetrics and gynecology at the University of Texas Health Science Center at Houston. “Any increase puts extra stress on the ligaments that support the breasts, and more stress equals extra sagging.” Your age, BMI and prepregnancy bra size all affect how likely your boobs are to droop.

Myth #14: It’ll make your baby clingy and dependent.
Fact: Quite the opposite.
“Studies have shown that babies who benefit from the attachment of breastfeeding tend to be more independent later in life,” says Bettina Forbes, a certified lactation counselor and cofounder of the Best for Babes Foundation, an organization dedicated to changing cultural taboos that surround nursing.

Myth #15: You have to stop if you get sick.
Fact: Taking a hiatus from breastfeeding won’t protect your cutie from your ailment.
“By the time you feel ill, you’ve already exposed your baby to the infection,” says Berens. In fact, by nursing while you’re sick you pass along protective antibodies, helping your little guy stay healthy.

The myth of sore nipples:

Many women believe that sore nipples are an inevitable part of breastfeeding. The fact is, such discomfort usually is the result of an improper latch—and is therefore entirely preventable. Here’s how to get your baby latched on right.

Avoid consulting your child to RMP’s

Noisy Breathing in Babies: What is Normal and What is Not...

What are the Different Breastfeeding positions and which...

Check List For How To Control Mosquitoes In House?

Mosquito bites don't just itch — they can also make you sick. Here are the best...

Though it sounds impossible, you are not pregnant at all in your week 1 pregnancy....

If you are planning to pursue IVF treatment then it is for sure that you have several...

Are you confused that how to give massage to your newborn baby? Here are the best...

Everything That You Need To Know About Asthma