National Cancer Awareness Day will be observed across the country on November 7 every year to raise awareness regarding the Cancer. 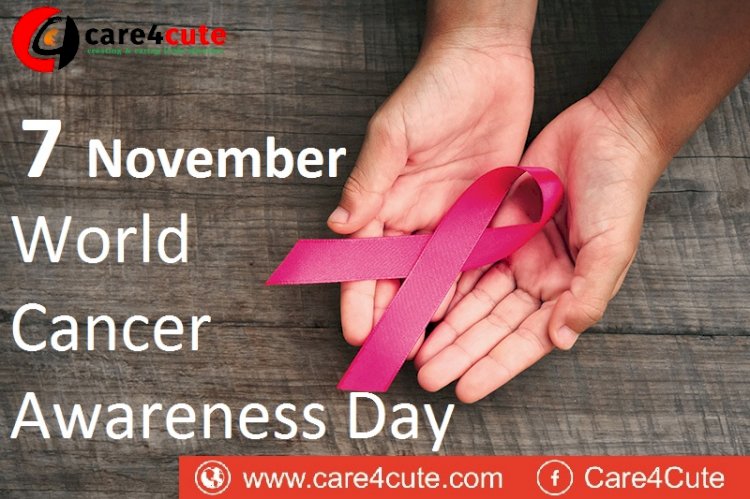 November 7 is observed annually as National Cancer Awareness Day to stress upon the early detection and cure of cancer. To overcome Cancer, National Cancer Control Programme was on the track in 1975 to create awareness among people related to this deadly disease.

This Awareness Day is a superior opportunity to raise awareness about cancer amongst individuals, community and at the governmental level too.

CANCER IS CURABLE - IF DETECTED AND TREATED EARLY

Cancer can be explained as an unrestricted outgrowth of cells. In this deadly disease, the specific types of cells start dividing and multiplying giving rise to a lump. Often, at starting these lumps are non-malignant, causing no harm to the individual. But sometimes these lumps of cells grow into a certain diseased or malignant form in the human body, often causing death, if not treated in advance. Hence, the need for the hour regarding this disease is not to be fearful and consult a doctor. The best remedy for it is to follow a healthier lifestyle with a proper balanced diet and peace of mind. At the same time, we must be aware of the disease.

BE VIGILANT ABOUT EARLY SYMPTOMS OF CANCER

In general, any type of cancer has four stages. If cancer is diagnosed in the early first or second stage, this deadly disease could be treated and cured as early detection can save almost 60 to 70 percent of cancer patients. To detect it, one must know the signs and symptoms, so that one can comprehend and consult a doctor.

Cancer has the following signs and symptoms:

Forty percent of cancers can be prevented, and one-third of cancers can be cured through early identification and treatment. Lifestyle has proved to have a major role in the causation of cancer, especially unhealthy diet, overweight and physical inactivity.

The biggest cancer risk factors are smoking and chewing tobacco. On a serious note, chewing tobacco use alone accounts for 12 lakhs deaths every year. Reducing tobacco use will extensively reduce the global burden of 13 different types of cancers, including lung, oral cavity, etc. Alcohol use has also been linked to cancers of the mouth, pharynx, larynx, esophagus, bowel, liver and breast. Amongst females, breast cancer has the highest incidence in the country surpassing carcinoma cervix.

LOOK FOR EARLY SYMPTOMS OF CANCER AND CONSULT A DOCTOR

Thus having any of the above symptoms or suspicion about cancer, consultation for early detection, diagnosis and treatment should be done. Radiotherapy or chemo-radiation for the treatment of cancer is available in our country. The tests for cancer diagnose are like PAP smear, FNAC, VIA, and ultrasound. Mammography is a test for cancer detection of breast. Cervical cancer is the most commonly occurring cancer amongst females in India. For its early detection, a PAP smear is done. Self-examination of lump or ulcers in breast mouth and genitalia is very helpful. Chewing of Pan Masala, Gutkha, Supari, and Tobacco are the most important causes of cancer of mouth, throat, food pipe, stomach, and liver. Immoral or genetical sex may lead to HIV infection, causing cervix cancer.

Formula Milk for Babies: Amount and Schedule of Formula Feedings

Must Take Precautions if Suffering From Asthma

Vitamin 12 plays an essential role in the functioning of your body such as production...