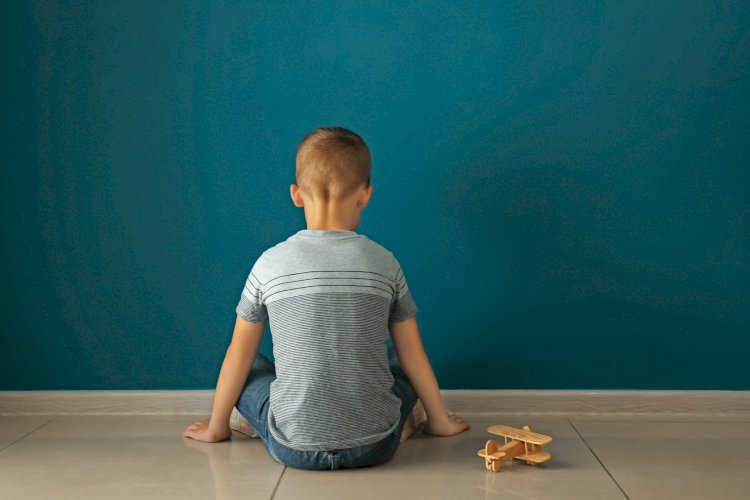 Autism (sometimes called classical autism) is the most common condition in a group of developmental disorders known as the autism spectrum disorders (ASDs).

Autism is characterized by impaired social interaction, problems with verbal and nonverbal communication, and unusual, repetitive, or severely limited activities and interests.

disorder, and pervasive developmental disorder not otherwise specified (usually referred to as PDD-NOS). Experts estimate that three to six children out of every 1,000 will have autism. Males are four times more likely to have autism than females.

What are some common signs of autism?

There are three distinctive behaviors that characterize autism:

As early as infancy, a baby with autism may be unresponsive to people or focus   intently on one item to the exclusion of others for long periods of time. A child with autism may appear to develop normally and then withdraw and become indifferent to social engagement. Children with autism may fail to respond to their name and often avoid eye contact with other people. They have difficulty interpreting what others are thinking or feeling because they can’t understand social cues, such as tone of voice or facial expressions, and don’t watch other people’s faces for clues about appropriate behavior. They lack empathy. Children with autism don’t know how to play interactively with other children. Some speak in a sing-song voice about a narrow range

of favorite topics, with little regard for the interests of the person to whom they are speaking.

They also tend to start speaking later than other children and may refer to themselves by name instead of I or me.

The hallmark feature of autism is impaired social interaction.

Many children with autism engage in repetitive movements such as rocking and twirling or in self-abusive behavior such as biting or head-banging.

Many children with autism have a reduced sensitivity to pain, but are abnormally sensitive to sound, touch, or other sensory stimulation. These unusual reactions may contribute to behavioral symptoms such as a resistance to being cuddled or hugged.

These behaviors can range in impact from mild to disabling. Parents are usually the first to notice symptoms of autism in their child.

For reasons that are still unclear, about 20 to 30 percent of children with autism develop epilepsy by the time they reach adulthood.

Scientists aren’t certain what causes autism, but it’s likely that both genetics and environment play a role. Researchers have identified a number of genes associated with the disorder. Studies of people with autism have found irregularities in several regions of

caused by defects in genes that control brain growth and that regulate how neurons communicate with each other. While these findings are intriguing, they are preliminary and requires further study. The theory that parental practices are responsible for autism has now been disproved.

What role does inheritance play?

Recent studies strongly suggest that some people have a genetic predisposition to autism. In families with one autistic child, the risk of having a second child with the disorder is approximately 5 percent or one in 20. This is greater than the risk for the general

population. Researchers are looking for clues about which genes contribute to this increased susceptibility. In some cases, parents and other relatives of an autistic child show mild impairments in social and communicative skills or engage in repetitive behaviors. Evidence also suggests that some emotional disorders, such as manic depression, occur more frequently than average in the families of people autism

Do symptoms of autism change over time?

Tips for working with children with Autism

1.Make sure directions are  given  step by step verbally and visually and by providing physical supports or prompts, as needed by the child

your instructions and feedback to the student.

4.Positive feedback and lot of opportunities and practices.

10 tips to keep your child healthy during winter season

Contemporary, Coronavirus is one of the biggest problems that the whole world is...

International Youth Day is commemorated every year on 12 August to raise the awareness...

Exercise During 1st Trimester of Pregnancy

Reasons & Signs - Why do Teenagers Get Depressed

Is your child is not behaving normally in his teenager's stage of life & you are...