It is very sad to announce that Wuhan Whistleblower Doctor who inform people about the outbreaks of Coronavirus Has Died due to Coronavirus. 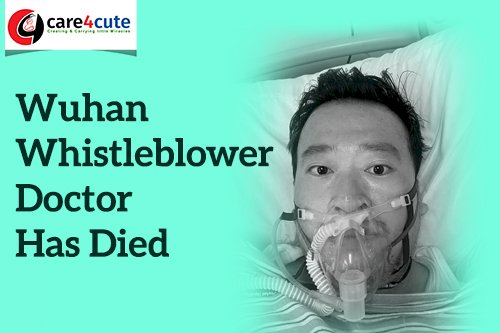 A Wuhan doctor who tried to warn people about new virus outbreaks died on Friday due to corona infection.

Li Wenliang, 34 years was a Wuhan doctor who was widely hailed as a Hero after corona epidemic. He was targeted by police for spreading “Rumors” about the virus, when he was actually right about this.

Last week he said “I only wanted to remind my university classmates to be careful.” At that time he was warning about a SARS like virus spreading in the city.

Wuhan Central Hospital, where Li worked as an ophthalmologist, announced his death in the early hours of Friday morning.

After His death so many controversial statement over social media is circulating against state media and Chinese authorities who declined his warning about Virus.

As the number of virus-related deaths continued to rise taking the total in China to more than 600. As of Friday morning, number of confirmed cases globally stood at 31,420, with more than 31,000 of those in mainland China. The number of cases in China grew by 3,143, or around 11%, on the previous day. That is a drop in the percentage increase, which had been around 15% every other day this week.

The Stages of Labor and Birth in a Vaginal Delivery

Endometriosis is a painful condition in which endometrial tissue grows outside the...

Child Health Day is a day to learn and focus on the health of children.