Contemporary, Coronavirus is one of the biggest problems that the whole world is facing. The New Corona Virus Has Killed More People Than SARS Did. 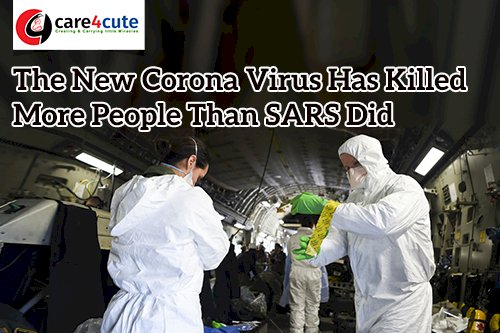 The corona virus death toll in China has risen to 811, surpassing the toll from the SARS epidemic of 2002-3, according to official data released on Sunday, 09 February, 2020.

The number of confirmed cased rises to 37,198, according to China’s National Health Commission. 89 deaths and 2,656 new cases were recorded in the last 24 hours, most of them in Hubei Province, the heart of the outbreak.

In past the SARS epidemic, which also began in China, killed 774 people worldwide. There have been only two confirmed deaths from the new corona virus outside mainland China- one in Hong Kong and one in the Philippines.

Causes of ovarian pregnancy can be many, and they should be treated in time to avoid...

Children with a squint have eyes that seem to look in different directions. Squints...

kangaroo care is a method of Skin-to-skin contact with mother or father —has dramatic...

If your child is facing health issues related to Lack of appetite, here is the proper...