Now prevent your child from getting Temper Tantrums with much ease and comfort!! 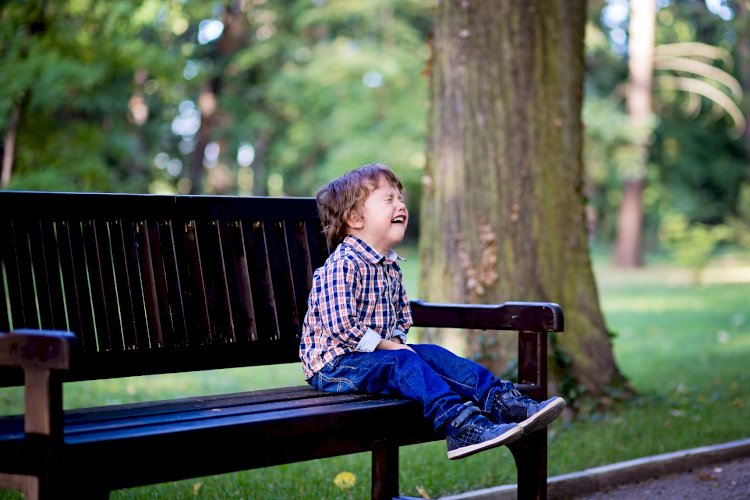 Now prevent your child from getting Temper Tantrums with much ease and comfort!!

Is your child’s behavior turning unpredictable? Screams, crying, feet kicking, anger and more are making you worried again and again? It is suggested not to worry much as the situation is listed as temper tantrums which generally every child suffers from once in a while. Temper tantrums can be sometimes very embarrassing and highly frustrating but it requires good patience from your end for getting things to the right track.

It needs some strategic planning rotating much around discipline which makes the child feel that throwing tantrums would not be working any more. It is no doubt that the situations turn worst for both the end but being elder to the sufferer, one must have courage to defend things well using top class patience.

It becomes necessary to know the actual reason whenever your kid models colossal meltdown. Talking of the major reasons for temper tantrums might be easier as compare to getting them resolved within quick time. Most of the kids are unable to have good control over their emotions which makes them irritated and chances of temper tantrums arises. Failure in making attempts for controlling the situation is another cause of the problem. Whenever your toddler fails to understand what is exactly going through them emotionally, chances of frustration goes higher and getting temper tantrums is quite common.

Kids generally express their feelings through behavior and an irritated version of the behavior is enough to get hints of temper tantrums. Toddlers often did not know the correct procedure of dealing with their sadness and anger which forces them to throw a fit.  Louder screams and anger from their side are signs that they need support at the moment. So unable to take control of the situations can be listed as the major cause of the issue.

How to deal with temper tantrums?

Experts believe that it is not that easy to get rid of all tantrums but one can perform well to stop them before they reach the par level. You must have a look at your toddler at the moment when he/she is more likely to get tantrums. This can be done when the child is tired or feeling hungry. In such cases, your plans should not include anything which could give your child any further discomfort. You must allow the little one to take a good sleep after serving him/her with a healthy snack.

Temper tantrums are sometimes due to the uneven expectations of the kid. It is like your child is habitual of getting chocolates whenever he goes to the store with grandfather. Then he may expect same from the others as well and can suffer from temper tantrums when things change with other people. Pre teaching your toddler can be very helpful as the child is pre informed of the purpose of going to the store. Your words like,” We are going to the store for buying cheese and won’t be able to get chocolates today.” This makes the kid known of what is going to happen later and makes him prepare to have control over the situation.

Dealing with temper tantrums is all depends on how you converse with your child. You must teach your toddler the appropriate etiquettes which one must own when outdoor. Having conversations on feelings and emotions can make your kid able to handle situations every now and then. Whenever you lack having conversations with your little one, the chances of tantrums may go severe as he/she may feel much alone to manage emotions and things.

In the end, it is advised that some good lessons on rules and regulations given under loads of love and care can make your kid healthier and capable enough to fight against uneven situations.

Your Baby Not Eating Anything, Here’s What You Can Do!

Protein requirements of infants and children

Protein is one of the very essential nutrition that every infant and growing child...

Migraine is a painful splitting headache. Learn more about the best natural remedies...

Does your child stammer? How to deal with it?

Check out Back-to-school tips for parents

As the schools are again going to reopen soon, here are the back-to-school tips...