Children's Day is celebrated every year on 14th november as a tribute to the country’s first prime minister Jawaharlal Nehru. 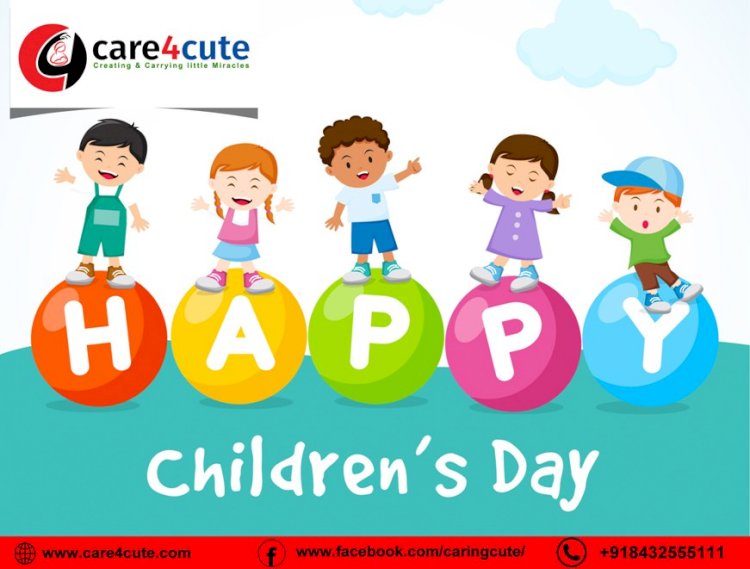 November 14 is celebrated as children’s day (also called Bal Diwas) in our country as a tribute to the country’s first prime minister Jawaharlal Nehru. Lovingly called ‘Chacha Nehru’ which means Uncle Nehru by kids, Jawaharlal Nehru gave emphasis on giving love and affection to children. Children of today will make the India of tomorrow. The way we bring them up will determine the future of our country. The main purpose of this day is to encourage the welfare of children all over the country.

He always emphasized on the education of children and played a major role in establishment of colleges in the country which are still considered one of the best colleges in world.

This day reminds that every child deserves education, nurturing and the best of everything. They are the building blocks of the nation hence, the future of the nation depends how well they are brought up.

•        Failure comes only when we forget our ideals, objective and principles.

•        Life is like a game of cards. The hand you are dealt is determinism, the way you play it is free will.

•        It is a fundamental rule of human life, that as is the approach so is the response.

•        Success often comes to those who dare to act. It seldom goes to the timid who are ever afraid of the consequences.

•        The person who runs away expose himself to that very danger more than a person who sits quietly.

•        Loyal and efficient work in a great cause, even though it may not be immediately recognized, ultimately bear fruit.

•        A great disaster is a symbol us to remember all the big things of life and forget the small things, of which we have though too much.

A happy childhood nurtures confidence, talent, creativity which helps kids in their adult life. When having fun has so many benefits, why worry about trivial things?  So spend this Children’s day by simply relaxing and playing with your little one.

General Myths about New Corona Virus you must know!

The Right Time to Consult an Infertility Specialist

Cold and cough are a common illness among children. Here are the effective and easy...

How to overcome school phobia for kids?

Autism and the Predictable Signs at different ages!!

How Expecting Mothers can Benefit by Connecting with Community?

What is Body Mass Index (BMI) and How to Calculate BMI?