Sport Purple for Platelets Day is observed in September to raise awareness related to Immune (or Idiopathic) Thrombocytopenia Purpura disorder. 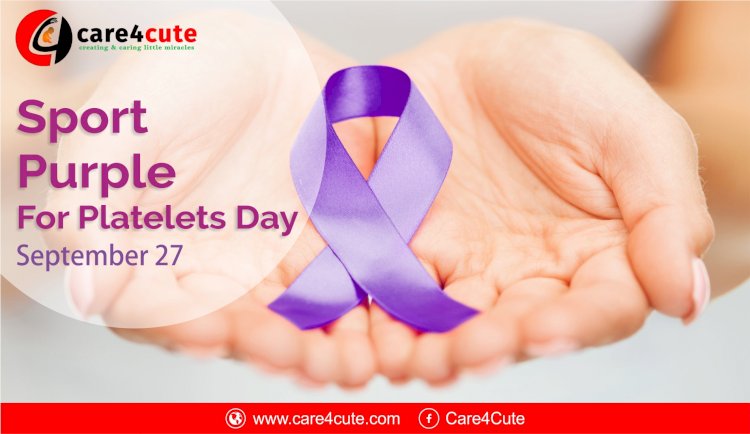 First, what is ITP?

ITP stands for Immune (or Idiopathic) Thrombocytopenia Purpura. It is a rare autoimmune disorder in which the immune system creates antibodies that attack and kill healthy platelets. Platelets are essential parts of the blood clotting process. Individuals with this condition can have a significantly lower number of platelets, which can then greatly increase their risk of bleeding.

ITP was one of the first diseases that proved the body’s own tissue could be attacked by its antibodies.

Women are twice as likely to get ITP as men.

In fact, your life expectancy can be shortened by up to 20 years.

All viral infections can potentially lead to acute ITP.

Some popular vaccines (MMR, HPV) have been linked to ITP.

They replaced splenectomies as the best remedy option.

A splenectomy led to an ITP discovery

Purpura is connected to platelets

Paul Gottlieb Werlhof, a German physician and poet, wrote the most thorough explanation of the purpura of ITP.

Why Sport Purple for Platelets Day is Important

How to Observe Sport Purple for Platelets Day

PM Modi in Man vs Wild episode with Bear Grylls will premiere today at 9 pm on Discovery...

Corona in pregnancy, Is it more dangerous?

If you are pregnant then it is must that you must take especial care of yourself....

6 Reasons Why You Get Cramps, but No Period

Many women experience period cramps, but there are other causes for cramps that...

Nappy rash – how to avoid? Tips and advice for the parents